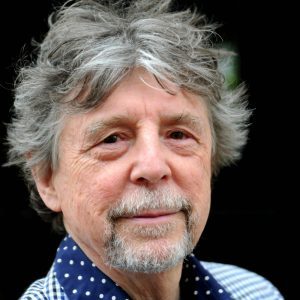 Glossophobia, the fear of public speaking, affects about 75% of our population, but confident speaking can be developed and learned.

It’s impossible to over-emphasise the importance of preparation, on which everything else rests. Comedians may look like they’re being spontaneous, but they’re not; they prepare their material over a long period, and they test it out to make sure it works. So thoroughly prepare the content of your talk, rehearse as much as you can, and find out all about the setting in which you’re speaking.

Have content that your audience can relate to. Include an element of story within the material. Comedians learn their material off by heart; you probably won’t have to do this, but you do need to have good access to the content so you know what you’re going to say next, and be able to pick up again if you get lost. This access might be in the form of a script, bullet point notes, or incorporated into a Powerpoint presentation

Again, comedians do this more than you think. Even a short speech should be consciously structured, with a beginning, middle and end. This structure will help you come across as confident and competent.

Comedians know that first impressions are crucial. They behave as if they own the stage – it’s their territory. Adopt a stable and grounded stance and if you move, go back to that strong stance. Adopting the body language of confidence helps you feel confident; it’s also what the audience wants to see. Pause and look at the audience before starting to speak.

Comedians know how crucial it is to connect with their audience in order to hold their attention. Be very interested in your audience – be aware of what’s going on with them and how they’re responding, and make sure they’re getting what you’re saying. This helps take your own attention away from any anxiety you may be feeling.

Avoid rattling off your material at high speed, which can easily happen if you’re nervous. The simple way to achieve this is to build in pauses, which naturally slows you down. Pausing is also the core of the legendary phenomenon of comic timing.

Remember to breathe systematically, especially if nervous; this can link into your pauses. Abdominal breathing is most conducive to confidence and groundedness, as opposed to shallow upper-chest breathing. Practice regular breathing exercises if this is an issue for you.

Humour dispels tension and adds impact, persuasion and memorability. The best humour arises naturally out of your material and your natural style of speaking; avoid the temptation to ‘shoe-horn’ in an unrelated joke to relieve dull material.

Comedians routinely demonstrate that it’s possible to appear more confident than you are, even when things aren’t going well – they go through the motions and show outward signs of confidence, and keep doing this until they get back on track. Remember that many signs of nerves are not visible to the audience, even though they feel overwhelming to you; put your attention on the audience rather than yourself. Nervous sensations can often be transformed into positive excitement. Things going wrong can often be turned round to work in your favour, by acknowledging the problem and seeing the funny side of it.

Reveal something of yourself and let your own individuality come through in your style of presentation – just as comedians express their distinctive persona and their unique take on life.

If you’re nervous before speaking, and keep experiencing negative mental images of things going badly, practice imagining the audience appreciating what you have to say and responding positively. Keep replacing those negative images with positive versions, until this becomes a habit. You can also formulate plans to deal with things that you think might go wrong.