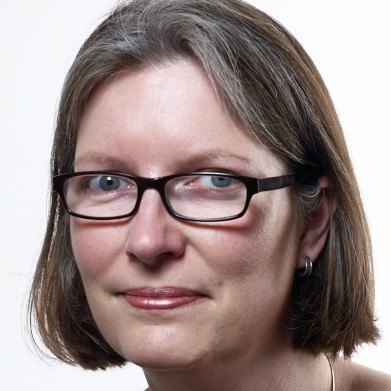 Imagine you’re at a networking event, hoping to make new contacts. Would you grab a megaphone and tell everyone in the room about yourself? Or perhaps identify a couple of approachable people and attempt to engage them in conversation? I’m guessing most of you would go for the second option (or just lurk by the buffet). Yet on Twitter, many users believe they can get everyone’s attention simply by broadcasting their message AS LOUDLY AS POSSIBLE. In this post, I’ll explain the importance of online engagement, and share a few techniques to help you.

One of the reasons for Twitter’s current popularity is its sheer reach. There are more than 300m active users, some of whom spend much of the day transfixed by the glow of their smartphones.  If only we could get them to pay attention to us. It’s easy to fall into the trap of believing that Twitter success is measured by the number of followers. Indeed, there is a thriving black market for existing accounts with impressive metrics. But what are you actually hoping to achieve? If you’re using Twitter to sell your consulting services, for example, what’s the point of attracting people who will never support your work? You might boost each other’s followings very slightly, and that’s it.

A massive following won’t necessarily translate into a proportionately large bank balance, either. A case in point is pop star Katy Perry – currently the owner of a Twitter account with 108,590,815 followers. Impressive, yes? But her last album sold ‘just’ 840,000 copies. Certainly a respectable number, but it means that only 0.77% of those followers actually bought her latest product. If you’re bored, you can find similar conversion rates for Taylor Swift and Lady Gaga, who also count their followers in the tens of millions. These are extreme examples, of course, but they do illustrate the fact that followers don’t necessarily equate to sales.

The Rules of Engagement

Instead of following people indiscriminately and expecting them to be responsive, make meaningful contacts. Read users’ profiles and work whether they belong to someone with whom you’d want to build a relationship. They’re much more likely to RT your content or introduce you to other potential contacts. Take an interest in what they are doing online, too. With a tool like HootSuite, you can set up a column to view tweets from your most recent followers and then respond to them. Make sure it’s genuine, though. We can all see through flannel, especially on social media. 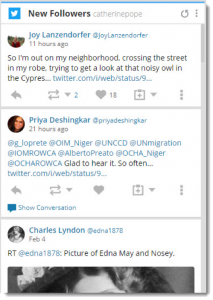 Don’t be tempted to use an app that automatically tweets or DMs new followers. This is just annoying. It’s like the person who bounds up to you at a networking event, gives you a bone- crushing handshake, then launches into their elevator pitch. Bleurrgghh.

What’s the Measure of Success?

Well, the number of followers isn’t the only metric on Twitter. You’re probably familiar with RTs and likes, but there are lots of other numbers to crunch. Click on the tiny graph icon below one of your tweets to get the full story.

Here you’ll see how many people engaged with your tweet, i.e retweeted, replied, liked, clicked on a link, or viewed your profile.

This will give you a sense of the tweets that are truly popular, and those that are just adding to the noise. You can also get detailed charts to show you progress over the last month.

By assessing your performance and sharing content that people want to see, you’ll get the most out of Twitter. It won’t happen fast, but it’ll be more meaningful and sustainable than trying to emulate Katy Perry.

Although this might sound a bit naff, developing a mission statement can be helpful. In one sentence, describe what you’re trying to do on Twitter, e.g. “Find interesting people to engage with,” “Share useful information and get new ideas,” “Understand my potential audience and their needs”. If it’s “sell more stuff,” then Twitter perhaps isn’t the right platform for you. Be part of the conversation, not the ninny with the megaphone.