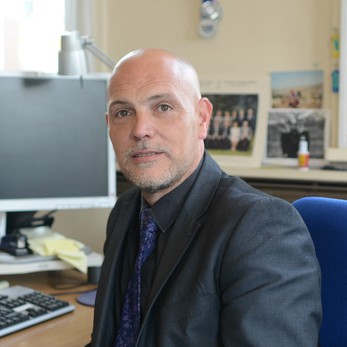 ‘In the Spotlight’ Interview with Mark Preston

This week we ask Senior Detective and Yurt Keeper, Mark Preston how an ancient philosophy has helped him and others become the best version of themselves.

As a Senior Detective you have led murder and serious criminal investigations. Can you tell us a little about this experience?

It is a role that I had always aspired to within the police. It is a paradox of experiences with some incredible highs and lows, and some of the most humbling experiences one could have. Meeting and working with bereaved families, and the professionalism and dedication of the teams I’ve worked with, I have been a very privileged man to have been trusted with these investigations. I’ve seen both extremes of what we are capable of.

Do you think your experience in this role has shaped your personal philosophies?

It has certainly contributed in a significant way, but many things have contributed.

You have an interest in Stoicism and the thoughts of such Greats as Seneca and Marcus Aurelius. Can you tell us a little about what led you to look into this ancient philosophy?

Now there is a long story. The short version is that my life was creating a perfect storm, things were happening in both my professional and personal life all at the same time. My mindfulness practice helped incredibly, I realised I had to step back for a short while or else I would break. During this short time, I read The Obstacle is the Way by Ryan Holiday, this was my introduction to Stoicism. Developing a mindful way of living is hugely beneficial, but I think it is only part of what I was searching for. I was missing a framework for my life.

Stoicism is a lot about self-mastery. Can you tell us why you think this is so important?

For me, it is about frustration. I’m bombarded on all sides by things trying to grab my attention, and so many demands on my time. I have no control on any of these external factors and realising this has changed my life. It sounds so cliché now, but I want to be the best person I can be, and I want to be happy. Too much literature now points to the think positive or find your passion pathways. The truth is that life is hard, it is meant to be. By developing self-mastery, I gain control, and learn from the things I see as bad as well as the things I see as good.

You talk of Stoicism as being a taboo word. Why do you think that is the case?

I tested the phrase with several people from different walks of life, and asked a similar question on social media. There are some positives associated, such as a general impression of someone who manages to get on with things regardless of the difficulties, but generally the feedback was that it was someone either devoid of, or able to ignore their emotions. This is absolutely not what Stoicism is about, so I prefer to explain what it is, and how it can benefit us, before I introduce the word Stoicism.

How do you think Stoicism be of use to individuals?

Philosophy was initially developed as a pragmatic way to live our best life, Stoicism is perhaps the most pragmatic. CBT owes its origins to Stoicism, and it can be found in the vast majority of modern personal development literature. It has arisen many times during history, with individuals such as Thomas Jefferson, Barrack Obama and JK Rowling praising Stoicism, who am I to argue? But let’s get this straight… it is hard. It isn’t a quick fix. It is hard work. It isn’t for everyone. Changing some of the things we have known to be true since childhood is difficult, but so worthwhile.

Let’s face it, organisations have a responsibility to look after their bottom line, and to do it by doing the right things. Stoicism I think offers both. It develops the workforce thus saving money. It can develop a partnership approach to employee engagement, increase individual resilience, adjust our perceptions of organisational fairness, and increase discretionary effort. From an organisation’s point of view, what’s to lose?